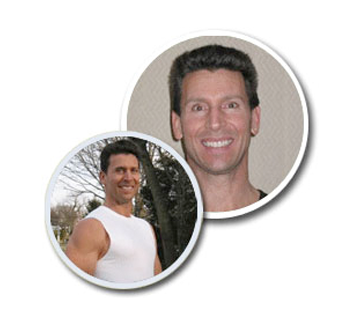 Paul’s love of fitness began in high school running the 800 meters. After running his first marathon in 1978, Paul was a competitive runner for the next 20 years competing in races from 5K up to ultra marathon distance. Many times receiving age group awards. Having completed 41 marathons, local and national, Paul understands the challenges of setting goals and achieving them. While many miles were run alone, time spent running with others and motivating them made Paul realize that he would like to help others achieve their fitness goals.

In 1994 Paul became a full time personal trainer. In 1998 Paul met John Boos. John helped Paul make the transition from long distance runner to body builder. From 2002 – 2011 Paul was the co-host of the John Boos one on one fitness show. Trainer on the move, Paul will provide a workout at your location.

Let us introduce you to our private personalized studio.

The unique facility that offers you over 45 years experience, knowledge and know-how.